The Symptothermal Method is an effective, co-operative, scientifically-based and inexpensive method of natural family planning. It is based on the awareness of the fertility of the couple.

Studies have shown the Symptothermal Method to be effective for avoiding unplanned pregnancies when taught properly and used consistently. The method is also effective for achieving pregnancy.

The Symptothermal Method has the same effectiveness rate as artificial methods of family planning, but without the harmful side effects to the woman’s body or the environment.

Over sixty years of experience in natural family planning, and countless testimonials from couples, show that the bond and intimacy of the couple can be enhanced by using the Symotothermal Method.

How The Symptothermal Method Works

The Symptothermal Method works by recording daily observations of the woman’s fertility:

These observations are made and then recorded on special Serena Symptothermal Method charts. By charting all the signs of the woman’s fertility, the information gathered can be used to empower couples to make choices to postpone or engage in intercourse, according to their wish to achieve or avoid pregnancy. 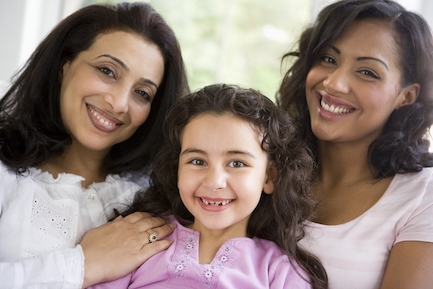 The Symptothermal Method can be used throughout a woman’s reproductive lifespan, including various situations such as breastfeeding and pre-menopause. However, the rules of the method vary in these special situations. So couples should consult a Serena teacher-couple to learn the rules applicable to their special situation.

Why The Symptothermal Method Works

The menstrual cycle is divided into three phases with ovulation being the main event:

The pre-ovulatory phase begins on the day the menstrual flow starts. It is variable in length.

In this first phase, the woman’s body prepares itself for ovulation. In the ovaries, a few primitive ova start to develop. Throughout the growing process, the follicle surrounding the developing ovum produces a hormone called estrogen. As ovulation approaches, estrogen acts on the whole body system causing cyclical changes. Conditions change to become favourable to the survival and transportation of the deposited sperm:

The length of this first phase varies. Ovulation occurs sooner or later depending on conditions within a woman’s lifestyle: stress, season, emotions, nutrition and health. It is the variation of this phase that determines the woman’s cycle length (see figure below). 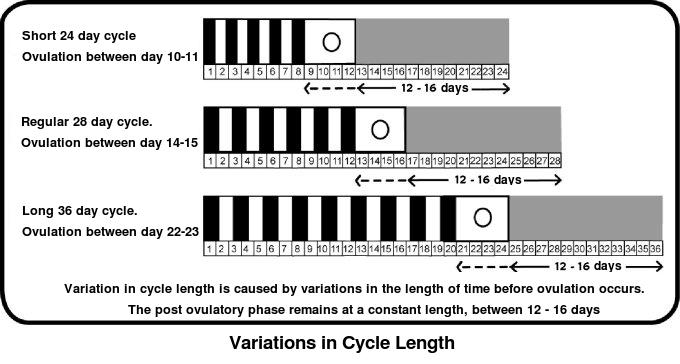 Ovulation occurs after estrogen reaches its peak level. The pituitary within the brain center secretes a hormone that triggers ovulation. The follicle then bursts open and releases the ovum which is picked up by the fringes of the fallopian tube, and is guided into it. At ovulation, the presence or absence of sperm cells determines the fate of the released ovum. The ovum will live for a maximum of 24 hours (averaging between 8 and 12 hours). Occasionally, a second ovulation may occur a few hours after the first one; however, both ova will disappear within the 24 hour ovulation window, if not fertilized. If the ova are fertilized by separate sperm cells, non-identical twins are conceived.

The post-ovulatory phase begins after ovulation and ends on the last day of the cycle (the day before menstruation begins again). It is constant in length for the same woman.

After ovulation has occurred, the follicle transforms into the corpus luteum, which releases a hormone called progesterone into the woman’s bloodstream. The body is then ready to protect the potentially fertilized egg. At this stage, the presence of progesterone in the body makes the cervix firmer and the cervical opening smaller. Cervical mucus thickens and forms a kind of gelatinous plug which protects the uterus from outside elements. Progesterone also causes the lining of the uterus to build up in preparation in the event of implantation of a developing baby.

For the next 12 to 16 days, two scenarios are possible:

By recording information about each menstrual cycle on a chart, and having received instruction from a certified Serena teacher-couple in the Symptothermal Method, it is relatively easy to: 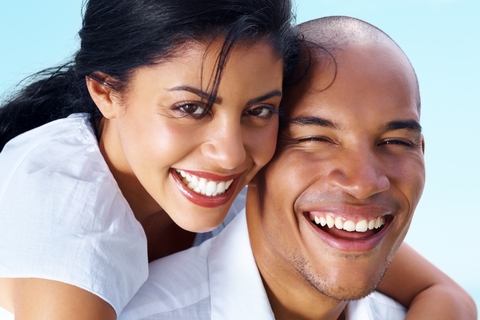 This is the best way to benefit from accurate knowledge and instruction in the application of the method. The Symptothermal Method is the most trustworthy of all natural family planning methods because it incorporates several signs of the woman’s fertility: cervical mucus, cervix changes, morning temperature, and calculation to determine the beginning and the end of the fertile period.

Note: The Symptothermal Method does not protect against sexually transmitted diseases or infections.

The information contained on this website is not enough to be able to practice the Symptothermal Method nor is it intended to substitute for proper instruction from a certified teacher couple.